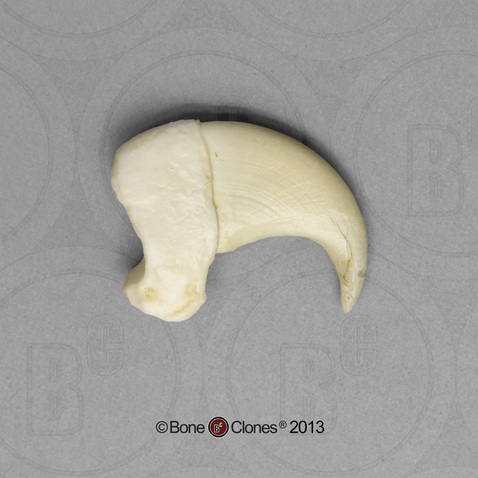 Claw from an african leopard, the most widely found subspecies of leopard. Leopards and jaguars resemble each other, though in the wild they inhabit different continents. The leopard can be distiniguished by a coat featuring rosettes without central dots and a less stocky build. Melanistic (all black) individuals were once thought to be a distinct species, and have been commonly called black panthers. The leopard's diet is quite varied, and its range extensive. Adept at climbing, leopards frequently choose to nap in sturdy overhead branches, and may haul larger prey up trees, although hiding prey in dense vegetation is another favored alternative.