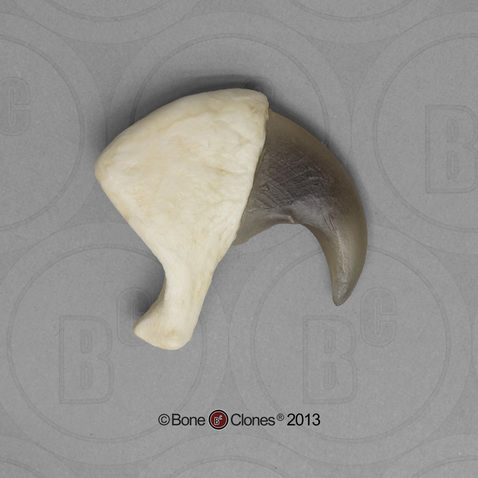 A perfect companion to our African Lion Skull, Male, BC-054. Unlike the other big cats, lions are known for their sociable lifestyle living and hunting in matriarchically based groups (prides) on the African Plains. Males have distinctive manes and generally weigh twice as much as females. The fossil record suggests that (with the exception of humans and their associated animals) at one time lions were the most widely distributed terrestrial animal.