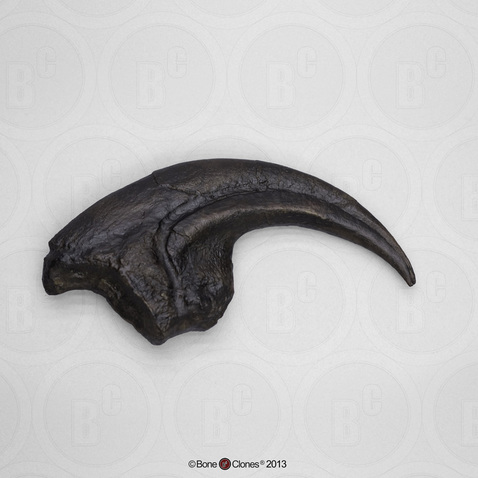 The largest and most common carnivore found in the large Morrison Formation in the Western United States, widely regarded as one of the best fossil beds in the world, Allosaurus is believed to be the Jurassic precursor to the Cretaceous Tyrannosaurus. Our Bone Clones® replica claw, though not of record size, was cast from one of the finest, most complete specimens (remains from over 60 individuals have been found at this site).