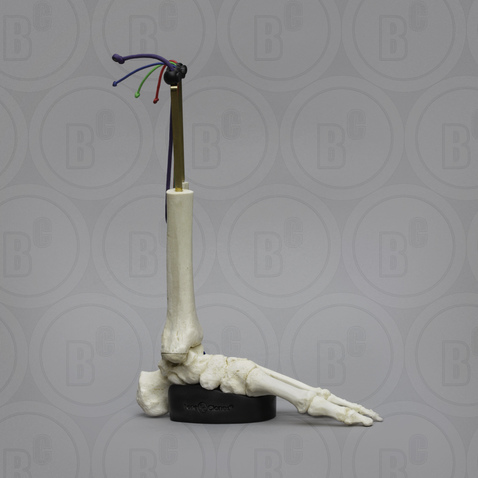 Ankle sprains and ligament ruptures are common injuries among athletes and active persons. In addition to being painful, they can limit an affected person's occupational and recreational activity. Therefore, it is important for clinicians to be able to conduct manipulative tests during a physical exam to determine if a ligament has been ruptured. This tactile ankle ligament rupture model will help health and medical students feel the differences between an intact ligament and a ruptured ligament. Each of the commonly ruptured ligaments of the ankle (anterior talofibular, calcaneofibular, posterior talofibular, and deltoid) can be toggled to feel the difference between an intact and a ruptured ligament. This model was created in conjunction with Dr. Peter Ward of the West Virginia School of Osteopathic Medicine. A corresponding lesson plan, written by Dr. Ward, accompanies this model.