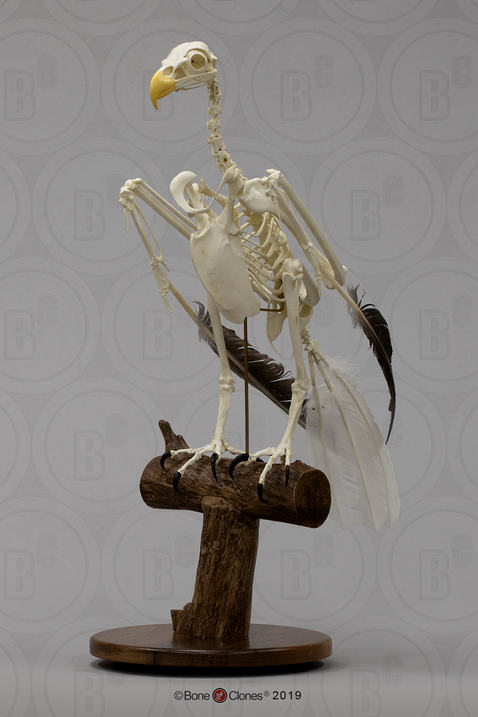 Native to North America and the national emblem of the United States, the bald eagle's wingspan can reach over 7 feet making it one of the largest raptors. They are known for building the largest tree nests recorded for any animal species. Opportunistic carnivores, they primarily eat fish, but also hunt birds and rodents and often steal prey or scavenge. Though they are migratory birds, they will stay in one location if they have access to the ocean or a lake as long as there is adequate food, large nesting trees, and minimal human disruption. Once on the brink of extinction with only 800 pairs, they have been increasing steadily, now with close to 3000 breeding pairs. We gratefully acknowledge and thank the Vertebrate Zoology Department at the Santa Barbara Museum of Natural History for lending us this fine specimen from their collection. The bald eagle is federally protected under the Bald and Golden Eagle Act and by the Migratory Bird Treaty Act. This cast would be a great addition to any biology, zoology or ornithology program studying comparative bird skeletal anatomy.