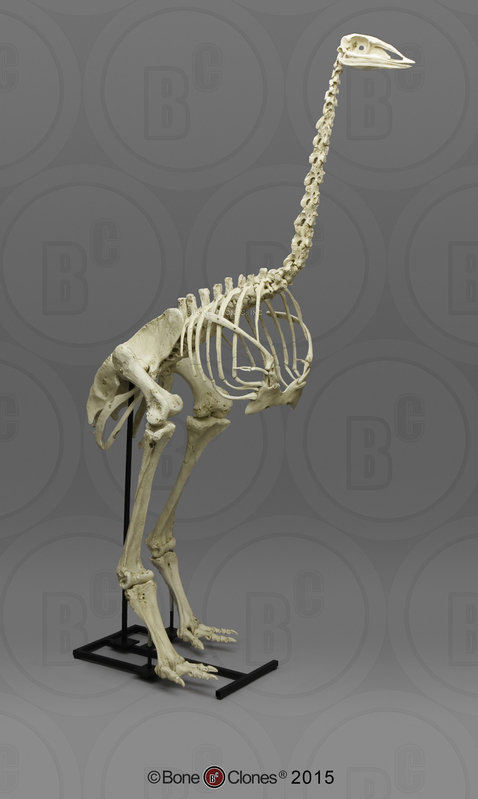 The elephant bird is considered the largest bird in history. Possibly existing for nearly 2 million years in Madagascar, it faced extinction by the middle of the 17th century. The ancestors of the elephant bird may have arrived in Madagascar during the Miocene, as early as 24 million years ago. Related to other flightless birds like the ostrich and emu, this heavy-set herbivore measured approximately 10 feet and 1,000 pounds, three times the weight of an 8-foot ostrich. This member of the ratites (running birds), was known locally in the 1600's as Vouron Patra. These birds were hunted by local inhabitants, and may have been seen by the first Europeans to visit the island. Likely not a fast runner as indicated by the relative lengths of its leg bones, it may have relied on its massive size and pointed beak to defend itself. 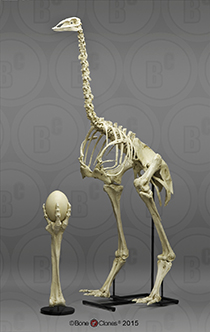