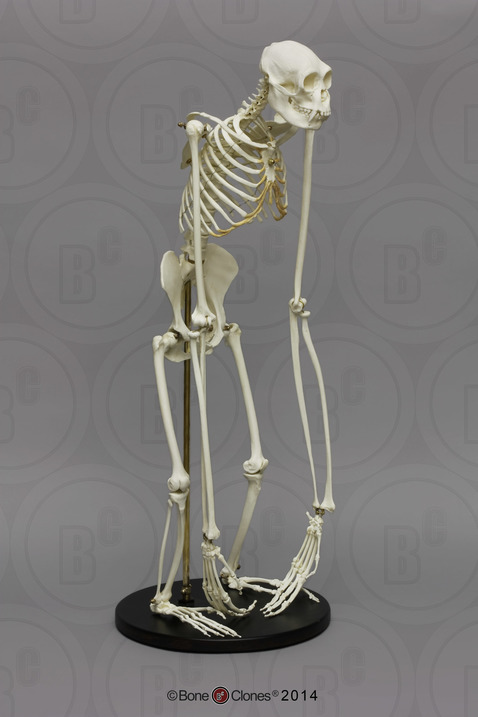 Siamangs and gibbons are generally put in the same genus, Hylobates, with several different species recognized, including lar (white-handed), moloch (silvery), and syndactylus (siamang). While some scholars refer to siamangs, then, as one of the gibbons, others use a separate genus name for the siamang - Symphalangus; still others use both Hylobates and Symphalangus synonymously. While they have much in common, several characteristics distinguish the siamang from gibbons. Most noticeably is its impressive throat sac, which inflates to a size equal to the size of its head. Siamangs are also significantly larger than the other gibbons, although its size (30 lbs.) still puts it in the monkey range. Both of the scientific names, syndactylus and Symphalangus, are a reference to the webbing connecting the second and third digits.