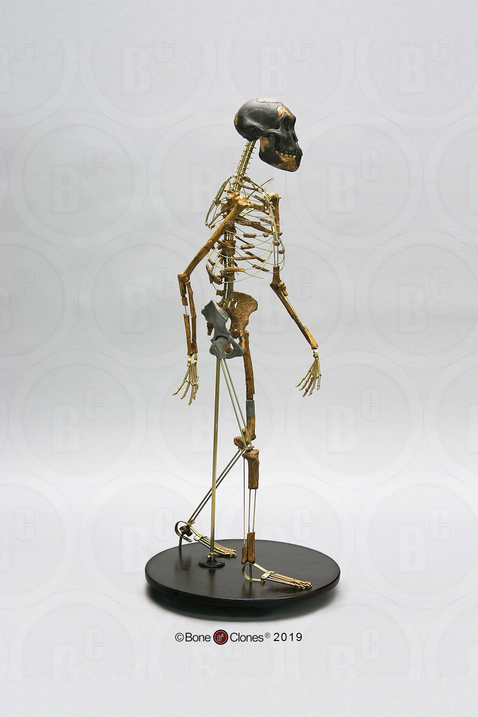 3.2 MYA. The Australopithecus afarensis Skeleton "Lucy" (A.L. 288-1) was discovered by Donald Johanson in 1974 in Hadar, Ethiopia. Characteristics of the skeleton suggest that this species both walked upright and spent time in the trees. We reconstructed the articulated skeleton by using bones from the disarticulated version, which were based on the original find. By extrapolating from several sources, we created brass parts to indicate missing skeletal elements. Note that the arms and legs of the articulated skeleton in the walking position are rigid and fixed.

See the "Lucy" Group Page for other articulation options and individual bones.