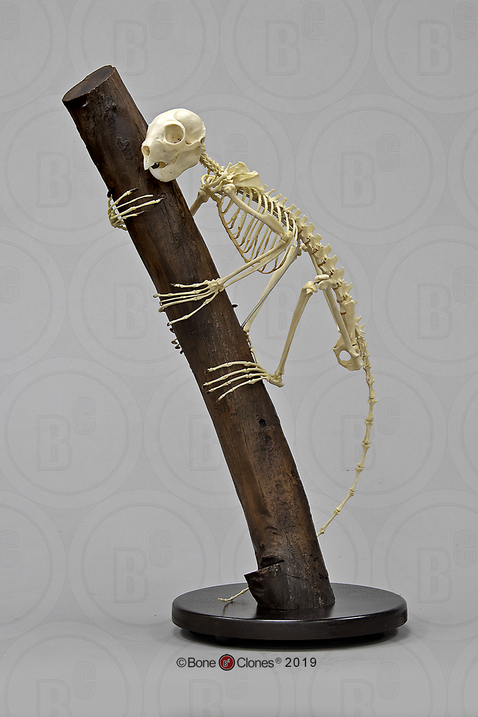 The aye-aye is a lemur found on the island of Madagascar. With its bizarre appearance and unique feeding habits, it is considered by many to be one of the most unusual primates in in the world. Among its most noteworthy characteristics, are its continually growing incisors, a trait usually seen in rodents, very large ears, and a long slender middle finger used as the animal's primary sensory organ for detecting food. Aye-ayes have a highly specialized diet consisting of some nuts and nectar, but its preferred food choice is insect larvae. Using their huge ears and long middle finger, the aye-aye taps tree trunks and branches, listening for echoing sounds within the tree. When they locate an insect tunnel, they use their incisors to rip the outer bark until the tunnel is revealed. Then using their slender finger, they locate and fish out their prey. This unusual primate skeleton will be an invaluable addition to those studying primatology, evolution and morphology. The life history of this aye-aye can be found in the Duke Lemur Center Database under the ID DLC6725.