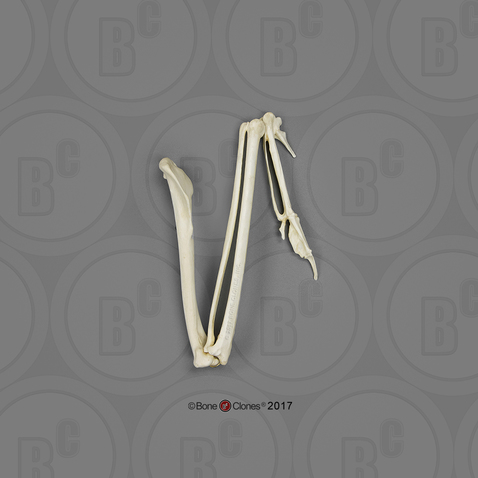 The wings of a Bald Eagle follow the classic vertebrate plan for the upper limb with some modifications for flight, such as modified joints for folding and locking of wings, fused wrist bones and a reduction of digits.

Avian skeletons include several unique features that enable flight. It is lightweight, often weighing less than the bird's feathers. Certain bones, called pneumatic bones, are composed of air-sacs supported by cross-struts, which reduces the bone's weight while maintaining its structural rigidity.

The Bald Eagle wing is a classic example of the Passive Soaring Wing shape. Usually broad and relatively short wings with feathers at the end which create slotting tips that catch rising hot air currents over land. Birds with this wing shape include eagles, most hawks, and storks which use them for navigating long migration routes.