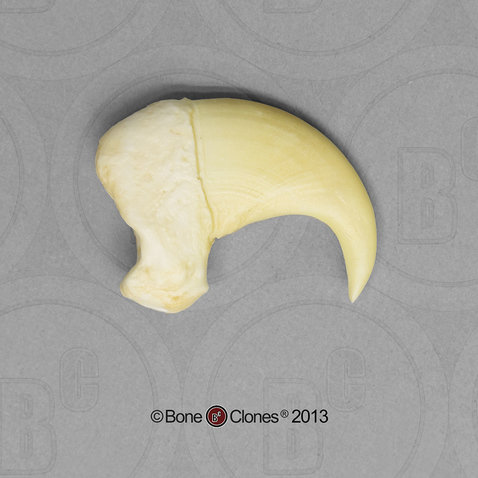 The fastest terrestrial mammal, cheetahs overtake and trip their prey in short bursts of speed reaching over 60 mph, but they are sprinters only. After about 10-20 seconds at high speed, they will begin to overheat and tire. The cheetah's claws, adapted for speed, are unique among large cats. Blunt, with little curvature, and only partially retractable, the claws help the cheetah retain traction during the chase. The dew claw is a vestigial elevated first toe that is used to trip fleeing prey, typically gazelles, though also rabbits and other small to medium-sized animals. The cheetah's dew claw inspired its scientific name, Acinonyx. In 1828 Joshua Brooks coined the term from the Greek words for thorn, akaina, and claw.