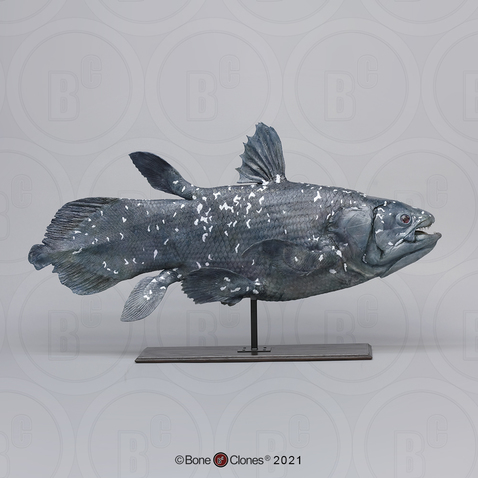 The fossil record shows the existence of many species of coelacanth including Caridosuctor populosum, dating back over 320 million years. It was thought to have become extinct 65-80 mya; that is, until a modern species was rediscovered in the Indian Ocean (near Madagascar and the Comoros Islands) in 1938. Often called a "living fossil," this lobe-finned fish is considered one of the most significant zoological discoveries of the 20th century. The African species, which this is, Latimeria chalumnae, is blue. The Indonesian species, Latimeria menadoensis, is generally brown. This specimen was caught by trawlers in relatively shallow waters just off the coast of Tulear (Toliara) in Madagascar.