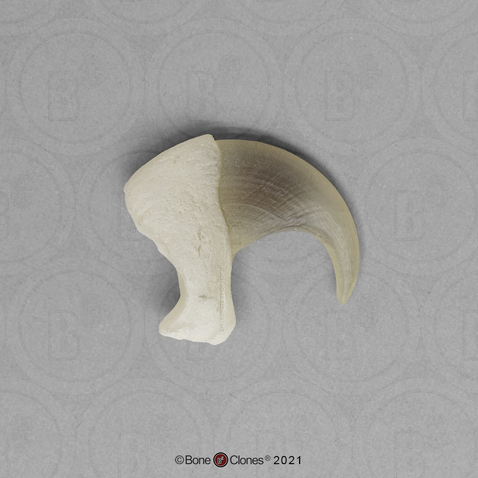 Cougar claw, a perfect companion to our Cougar Skull, Male, BC-015. With the exception of humans and their associated animals, the cougar has the greatest natural distribution of any extant mammal in the western hemisphere, making its home in mountains, deserts and jungles throughout North and South America. Due to its wide range, it is known by many names: puma, American lion, deer tiger, Mexican lion, panther, mountain lion and catamount. Although the voice of the cougar is like that of a domestic cat--only louder--its mating call is a harsh scream.