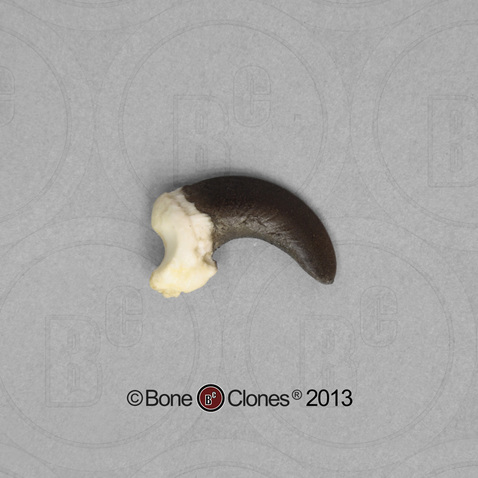 The coyote, an intelligent and adaptable medium-sized canid, resembles a smallish, slender German Shepard dog with grizzled fur, erect ears, narrow pointed muzzle and low held bushy tail. Both front and rear paws of the coyote are narrower than dog paws, giving an oval rather than rounded appearance to its tracks. Only the middle two claws leave impressions, whereas dogs leave tracks with all four claw impressions. Coyote claws resemble dog claws - short, curved and blunt. Coyotes have also been known to mate with both wolves and domestic dogs. The coyote's range has extended greatly with the decline of wolf populations, and coyotes are now found from Northern Alaska, through Canada, the United States and south to Costa Rica. Found in urban and rural areas, coyotes are opportunistic feeders, eating fruits and berries, insects, carrion, small prey such as rodents and lagomorphs, and housepets. Coyotes will hunt cooperatively to bring down larger prey such as deer, and sometimes form hunting partnerships with badgers in which the coyote sniffs out prey that the badger unearths with its powerful claws. Both share in the proceeds.