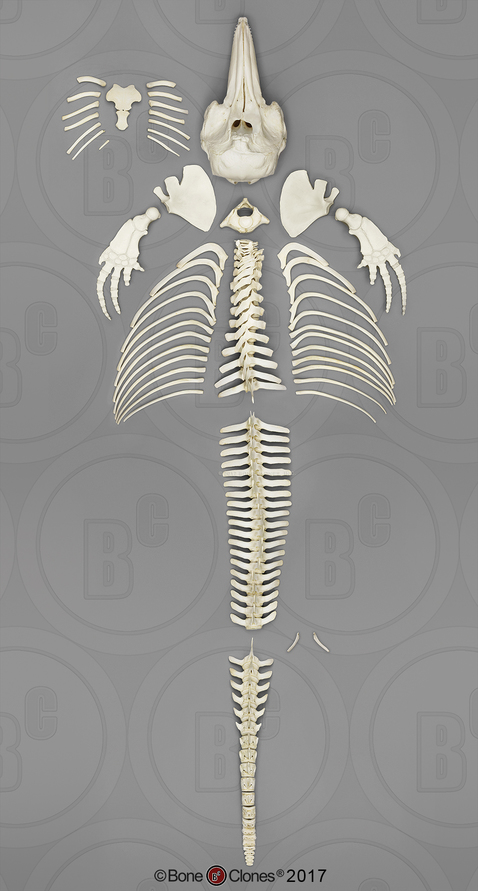 The dolphin's skeleton is exquisitely tailored to its life in the water. The bones are lighter than the bones of land mammals. The spine is flexible to allow for up and down movement. The pectoral fins, which have the same general skeletal elements as the human arm, are flattened out and used for steering. The dorsal fin and the tail flukes, which are composed of only tough fibrous connective tissue (no bone), are used for stability and propulsion respectively. The connection of the ribs to the spine is rather elastic to allow the ribs to collapse during deep dives. There are no hind limbs but may be traces of the pelvic girdle. The bottlenose dolphin is found across the world in temperate and tropical waters.