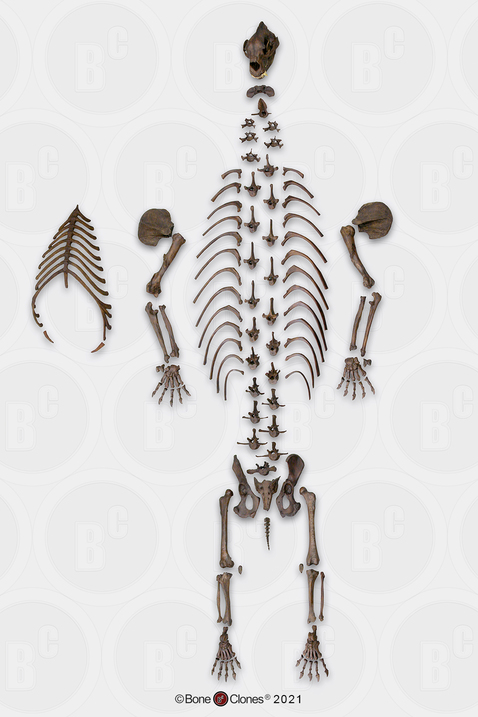 An inhabitant of North America, the impressive short-faced bear (Arctodus simus) was both fast and huge (this specimen is over 10 feet tall when upright). With its long limbs, it would have dwarfed both the modern Kodiak as well as the Pleistocene European cave bear. Its closest surviving relative is the Andean bear (Tremarctos ornatus). Those specimens from Alaska (where this one was found), known as Arctodus simus yukonensis, are typically more robust than those specimens found in more southern latitudes. We are grateful to the Babiarz Institute of Paleontological Studies for the opportunity to cast this individual.