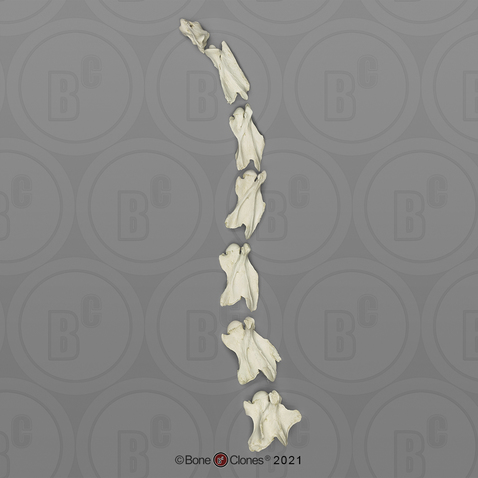 Most giraffes are now found primarily in the national parks of many countries in East Africa and the northern part of southern Africa. Seven large, elongated cervical vertebrae support their long neck. The tall dorsal processes of their thoracic vertebrae are necessary for attaching the large neck muscles they need to lift their heavy heads and account for the strong slope of their back. A remarkable adaptation necessitated by their unusual body structure is a complicated network of blood vessels known as the rete mirabile, which is located in their neck just below their heads. The rete mirabile serves to stabilize their cranial blood pressure during the extreme pressure changes that occur when a giraffe raises and lowers its head to drink. Without these valves and "miracle network" of veins and arteries, they would be exposed to fainting or strokes from the drastic pressure changes to their brain. The neck is multi functional, allowing them to eat from high branches, allowing them to see a good distance, and providing them a defensive weapon.