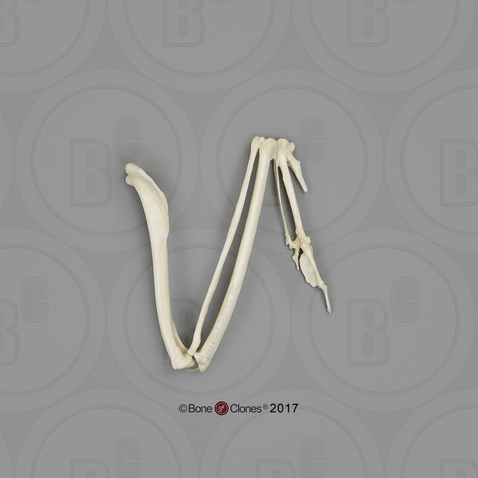 Golden Eagle wings are composed of the same bones found in other vertebrates with some modifications for flight, such as modified joints for folding and locking of wings, fused wrist bones and a reduction of digits.

To enable flight, the avian skeleton includes several unique features. It is lightweight, often weighing less than the bird's feathers. Certain bones, called pneumatic bones, are composed of air-sacs supported by cross-struts, which reduces the bone's weight while maintaining its structural rigidity.

A large, powerful raptor, the Golden Eagle has long, broad wings with 'fingered' feather tips that it uses to soar on thermal updrafts and glide between them. It prefers open landscapes in mountainous areas, and hunts both from perches and in flight. Several different hunting methods may be used depending on prey, weather and topography, with low contour flight and glide attack being a primary strategy.