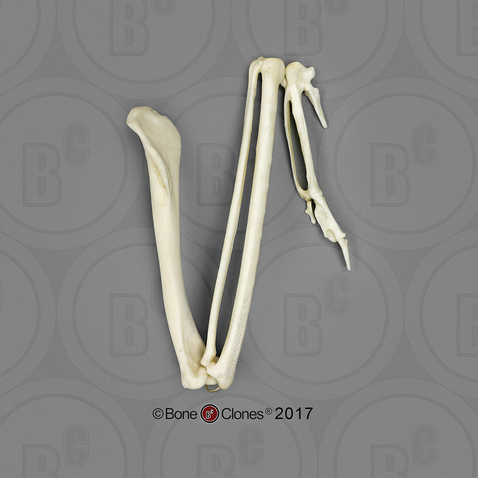 Bird wings follow the classic vertebrate plan for the upper limb with some modifications for flight, such as modified joints for folding and locking of wings, fused wrist bones and a reduction of digits.

The avian skeleton includes several unique features that enable flight. It is lightweight, often weighing less than the bird's feathers. Certain bones, called pneumatic bones, are composed of air-sacs supported by cross-struts, which reduces the bone's weight while maintaining its structural rigidity.

The Harpy Eagle, one of the largest and most powerful eagles, has a relatively short wingspan with nearly circular wings which allows them speed and maneuverability in their tropical rainforest habitat. They rarely soar, instead, they perch in the canopy listening and looking for their prey, which is mostly arboreal. Once prey is located, a Harpy Eagle will launch a rapid and agile attack, swooping through dense forest and grabbing prey directly off tree trunks and branches.