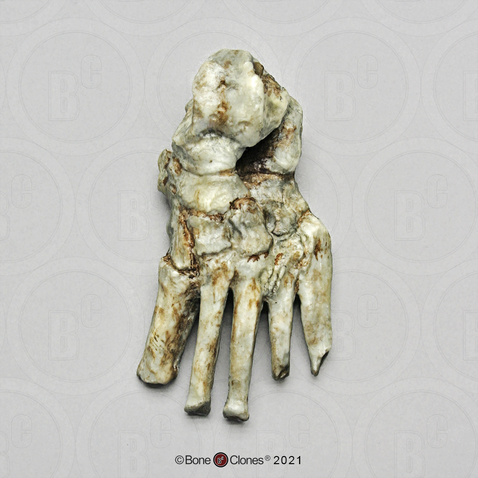 1.8 MYA. Discovered in 1960 by the Leakey team in Olduvai Gorge, Tanzania. The most complete foot of any early hominin, OH 8 retains a nearly whole set of tarsals and metatarsals, missing only the phalanges and the posterior section of the calcaneus (heel). While initially classified as an adult foot because of apparent arthritis, it is now considered by many to be the foot of a juvenile whose condition was caused by trauma. Many features of OH 8 are consistent with bipedalism, but a different type of bipedalism from that of modern humans. There appears to be strong evidence that suggest that the big toe, or hallux, was not opposable.