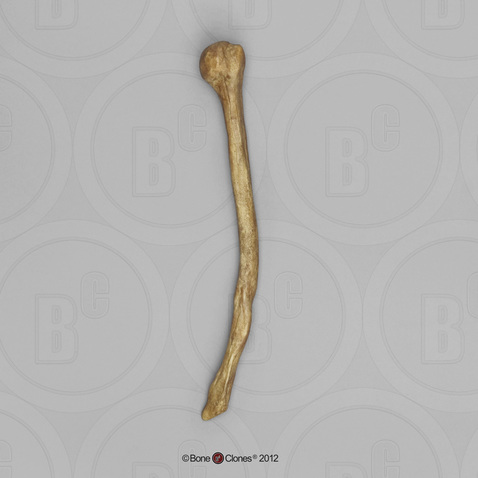 40,000-73,000 BP. The nearly complete skeleton of Shanidar 1 was discovered by a team led by Ralph Solecki in 1957 in Northern (Kurdish) Iraq. This adult male (probably 40-45 years old) likely died as the result of a rockfall in the cave and died in place (Solecki, 1957). Shanidar 1 is one of the most severely traumatized hominin finds given the multiple fractures of both the cranium and postcranial skeleton and degenerative joint disease. Initially described by Stewart (1959, 1977) with extended analysis by Trinkaus (1983), the right humerus (the head of which was reconstructed by researchers) shows disuse atrophy, due to amputation and/or pseudoarthrosis, which occurred long before death. Shanidar 1's survival to such an advanced age (few Neanderthals lived into their forties) despite severe infirmities suggests some type of altruistic care of this individual.