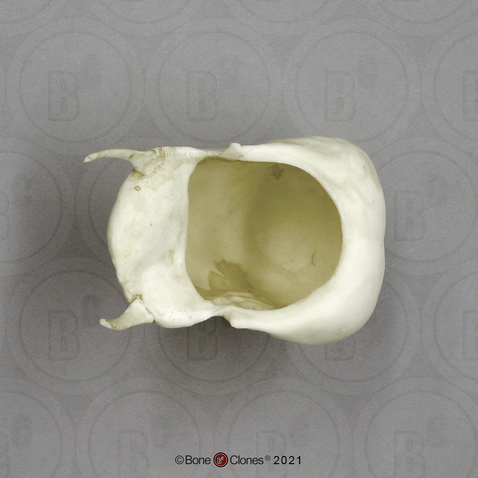 The howler monkey hyoid bone is extra large, which allows this large New World monkey to make its voice heard across a distance of two miles. The hyoid, a horseshoe-shaped bone, is unique in that it is the only bone not articulated to any other bone of the skeleton, instead being connected to the skull by ligaments and muscles. The ramus of the lower jaw has been modified and enlarged to accommodate the extraordinarily large hyoid and ossified larynx, which is used as a resonating chamber to project their signature roaring howl. Howler monkeys inhabit tropical deciduous forests of southern Central America. See our Howler Monkey Skull, BC-017.