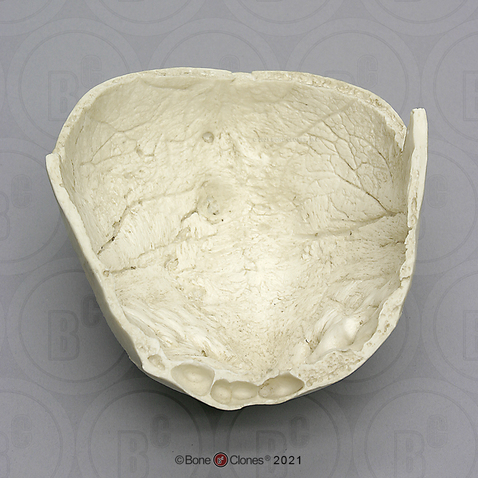 This calvarium is from an 83-year-old European American (Dutch) male who died of a heart attack (as documented at the time of the individual's death). The calvarium shows hyperostosis frontalis interna, an irregular thickening confined to the frontal bone and bulging only inwardly. This particular condition is distinguished by a thickening of the trabecular bone of the diploe. The dense bone sandwiching the diploe remains thin. It's most typically found in older females and is largely asymptomatic, usually being discovered by accident when for some other reason the skull is radiographed. The skull also displays pacchionian depressions for arachnoid granulations, one unusually large along the sagittal sinus.