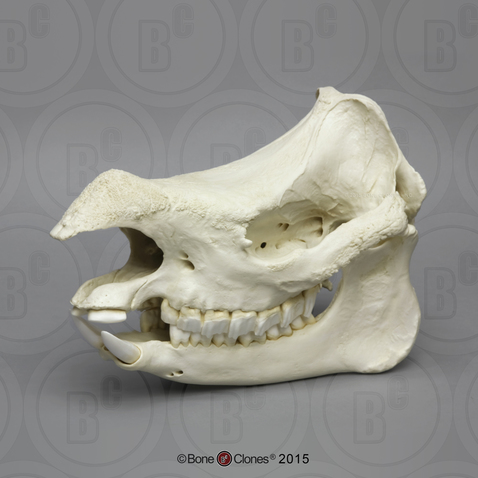 The Javan rhinoceros, Rhinoceros sondaicus, is listed as a Critically Endangered animal by the IUCN (International Union for Conservation of Nature) and as few as 60 individuals exist in the tropical forests of Java, Indonesia and Vietnam. There are no individuals currently in captivity. The Javan rhino (sometimes known as lesser one-horned rhino) earned its Critically Endangered status as a result of the excessive demand for their horns for use in Chinese and Eastern medicine. This rhino is a rare member of the Rhinocerotidae family and is in the same genus as the Indian rhino. It has armor-like skin and is generally the same size as the black rhino. 2-part skull (separate cranium & jaw).