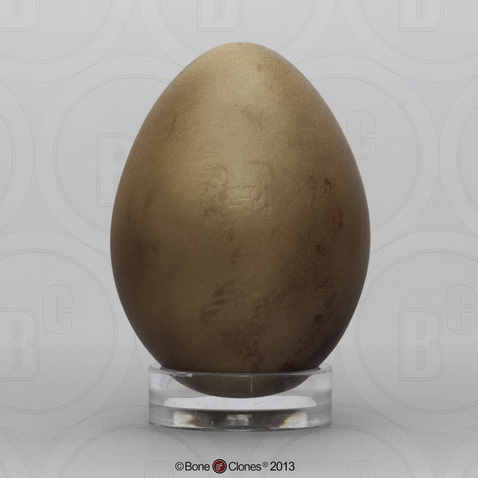 Native to Africa, kori bustards stand 30-36 inches tall and weigh up to 35 pounds. They exhibit little sexual dichromatism but pronounced dimorphism, with males being much larger. Bustards engage in an amazing "shock" display of posturing and feather arrangement when alarmed to make themselves instantly appear much larger and more intimidating. Unlike most birds, they have no hind toe or preen gland, so they produce a "powder down" for grooming and insect control.

Kori bustards are polygynous breeders. A few males will gather in a loose assemblage known as a "lek" and cavort in elaborate courtship displays in order to attract and mate with several females. During a remarkable "ballooning dance," a male may inflate its neck up to four times its normal circumference. Males abandon the females to care for the 2 eggs and young entirely by themselves. The females build shallow scrape nests on the ground, often having to fast for days at a time during the lonely 23-day incubation period. Eggs are colored a pale olive and flecked with brown splotches. Chicks are precocial and fledge at 4 weeks. This egg was laid by an 18-year-old captive female.

A Bone Clones® skull replica BC-221 is also available.