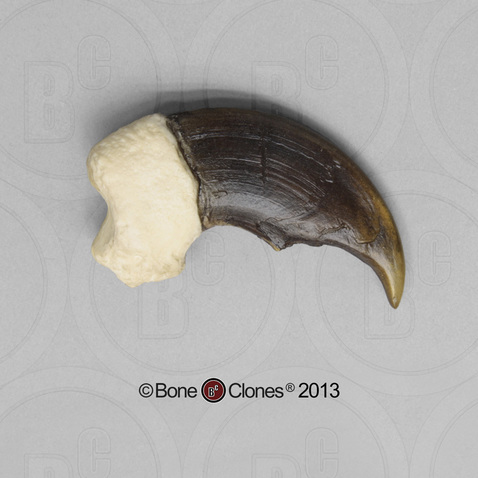 This polar bear claw is a perfect companion to our Polar Bear skull, BC-063. The largest species of bear, and the largest terrestrial carnivore, polar bears are found mainly in arctic regions on ice flows. Polar bears feed primarily on seal. Sometimes classified as aquatic mammals, they are considered vulnerable to extinction and are protected by international treaty. Interestingly, although their fur appears whitish, it is in fact translucent.