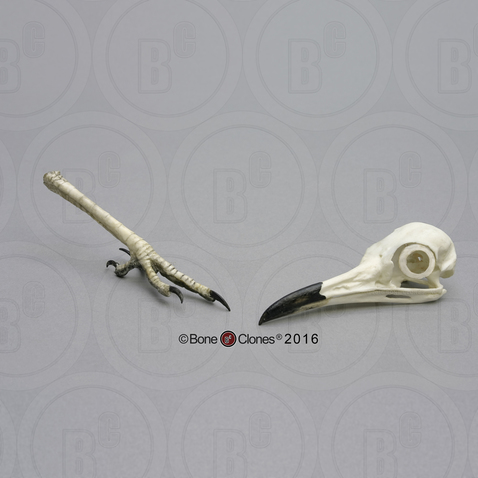 The roadrunner is a member of the cuckoo family found throughout the Southwest. Although it can fly if it must for short distances, it is known for its movement along the ground, reaching speeds over 15 mph. With amazing quickness it can grab a hummingbird out of the air or snatch up a rattlesnake and kill it by flinging its head against the ground. Measuring from 20 to 24" from the tip of its long beak to the tip of its long, white-tipped tail, this brown-feathered bird with white streaks has two forward-pointing and two backward-pointing toes.

BoneClones® replicas of the Roadrunner Foot (KO-113) and Skull (BC-243) are also available separately.