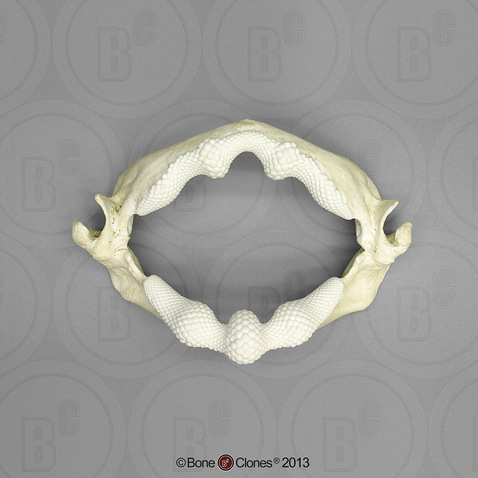 The shark ray, also called the bowmouth guitarfish, is an unmistakable specimen with its extremely broad and blunt head, clearly demarcated from its pectoral fins, and its long tail. Blue-gray with white spots, the ray has rows of thorn-like spikes above its eyes and along its back. Widely found in the Indo-Pacific in coastal waters, where it feeds on crustaceans and mollusks with its powerful, flat teeth. It is sought after for its highly valued fins and is often caught inadvertently in trawling nets.