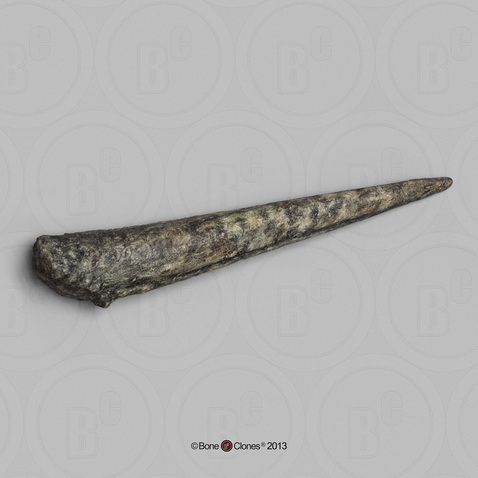 Stegosaurus ungulatus, meaning 'roof lizard', dates from the late Jurassic period and was first described by Marsh in 1879 based on bones found in Wyoming. This 26-foot-long, 6,800 pound herbivore had a brain the size of a walnut. Triangular plates were positioned along its back, where they may have served the purpose of temperature regulation or defense. Its flexible tail possessed eight spikes. This particular spike, found in Colorado in the mid 1990s, is one of the largest, most complete spikes around.