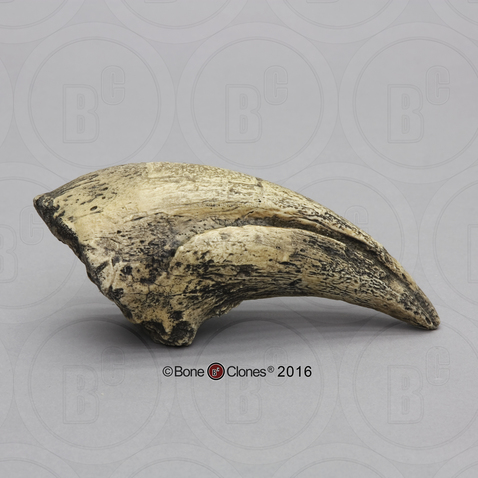 Tyrannosaurus rex, better known simply as T. rex, was first discovered in 1900 and described by Dr. Henry Fairfield Osborn in 1905. T. rex is one of the most popular dinosaurs known. The debate continues to this day whether this dinosaur was a predator or a scavenger, but in any case, this animal was one of the largest meat-eating dinosaurs ever to have lived in North America. Our Bone Clones® replica was cast from an original pes or foot claw discovered in the Late Cretaceous deposits of the Hell Creek Formation of Montana.

Each Bone Clones® fossil replica, produced to our exacting standards, captures the textural detail and matches the subtle coloration of the original fossil.