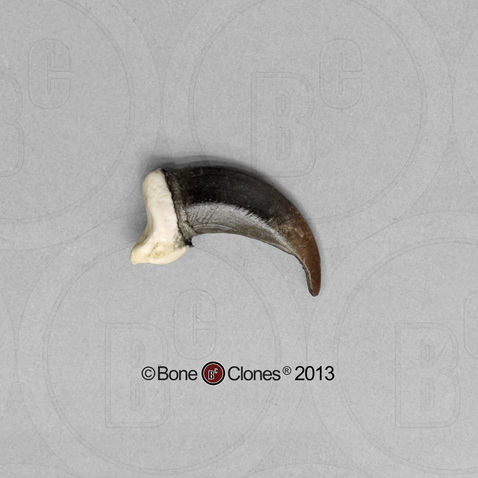 The Siberian wolf, or gray wolf is the largest of the wild canids, weighing up to 120 lbs and reaching up to 5' in length. The ancestor of the domestic dog, the wolf is an intelligent, social animal. Prey typically consists of mammals larger than itself, which it is able to bring down by hunting cooperatively. Wolf packs are family based units of 8-10 individuals. The wolf has the largest terrestrial habitat of any living mammal other than humans and can be found in all habitats of the Northern Hemisphere except tropical forests and arid deserts. Wolf populations are threatened by habitat loss, hunting/trapping and diseases spread by the domestic dog. See also our Siberian, or Gray Wolf Skull, BC-004.