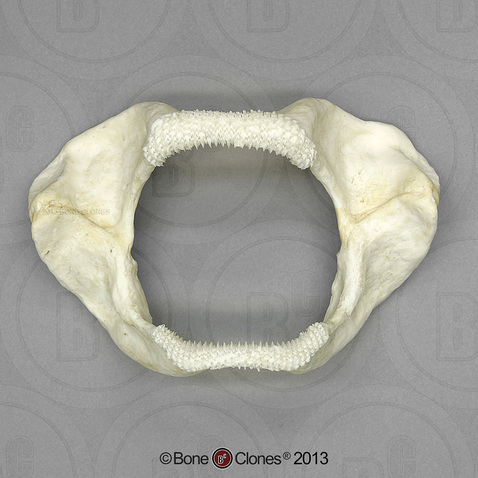 While the young zebra shark is dark brown with whitish stripes, the mature shark is tan with brown spots, which motivates its alternative name, the leopard shark. Ridges run along each side of this long, sleek shark from the head to the caudal fin, the length of which is nearly that of the rest of the body. The fins are used in shark fin soup, as well as in traditional Chinese medicines, and are so coveted that the act of finning, removing the shark's fins and throwing the living shark back into the water to die on the ocean's floor, compelled the U.S. to pass legislation in 2000 outlawing the practice. This docile shark, which grows to 11.5 feet, is found in the western Pacific and Indian Oceans.