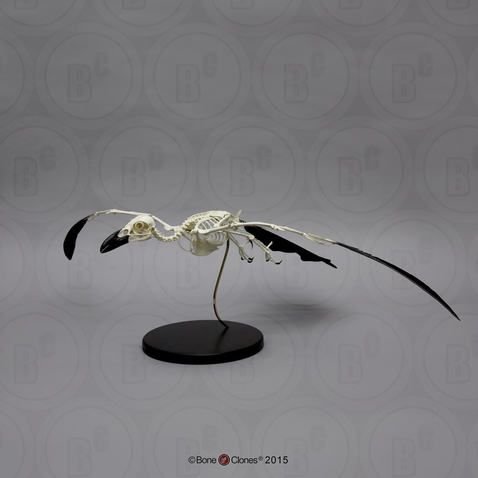 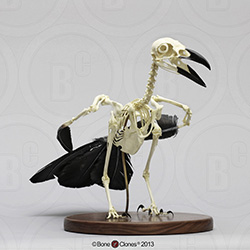 The raven is considered the most intelligent bird and the largest member of the crow family (with a wingspan of 46-56 inches). It differs from the crow in several ways: larger overall size, longer and thinner wings, wedge-shaped tail, longer thicker beak, and beard-like throat feathers. It produces a range of sounds from croaks to shrill calls, and can, to some extent, mimic the calls of other birds as well. And, unlike crows, ravens mate for life. In fact, mating rituals include impressive aerial displays including chases, dives and rolls.