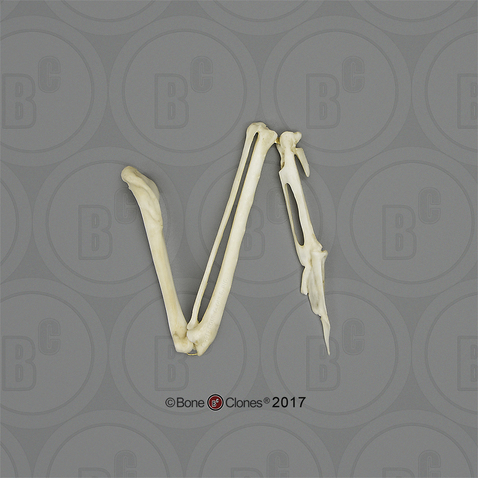 The upper limb bones of the Raven follow the classic vertebrate plan for the upper limb with some modifications for flight, such as modified joints for folding and locking of wings, fused wrist bones and a reduction of digits.

Several unique features of a bird's skeleton enable flight. It is lightweight, often weighing less than the bird's feathers. Certain bones, called pneumatic bones, are composed of air-sacs supported by cross-struts, which reduces the bone's weight while maintaining its structural rigidity.

The Common Raven, the largest perching (passerine) bird, is an acrobatic flier capable of executing elaborate rolls, dives and chases. They have Elliptical Wings, which allow for maneuverability and speed in their varied environments. Additionally, they possess long, slotted, primary 'finger' feathers, enabling them to soar and glide.